Kubrick. Even the name sounds geometrical, weighty. Who isn’t in awe of the creative monolith of Mr. Stanley Kubrick?

I went to the show with the little guy, so forgive the out of focus pix. I debated whether I should even put them up. Or whether I should go back alone to take better pictures… I was fooling myself. Who’s got the time, really?

But hey, an out-of-focus pic is better than nothing. I was literally pulled in every direction and only had my iphone (3GS, sigh) because dealing with the mommy bag, and real camera and a 3 year old was not happening.

I think these are from “Eyes Wide Shut.” Sorry couldn’t write anything down either. You get the jist. 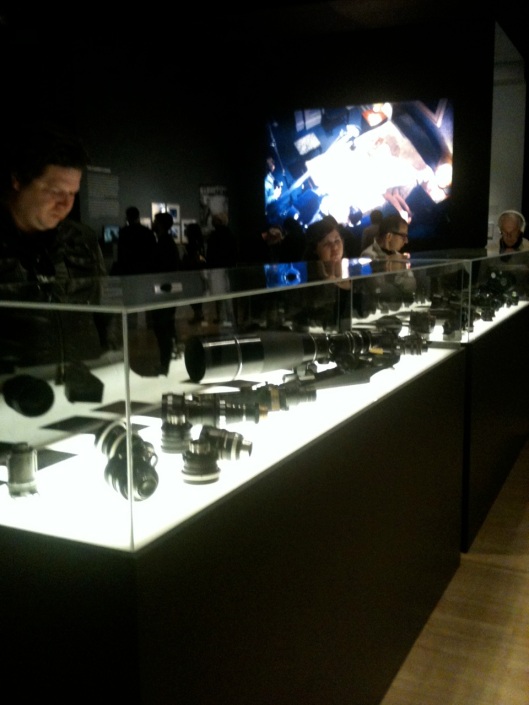 Here are some of Kubrick’s camera lenses. He was such a technician as well as having a superb eye. 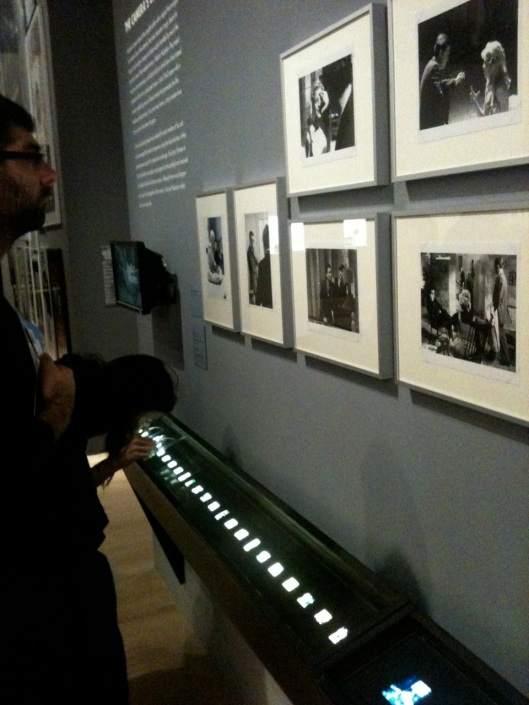 I love how they displayed the slides from “Lolita.”

I almost gasped when I saw this. Of course one of the most famous film costumes, and my camera is out of focus. Sigh. Apologies.

This one isn’t that bad. Miracle. 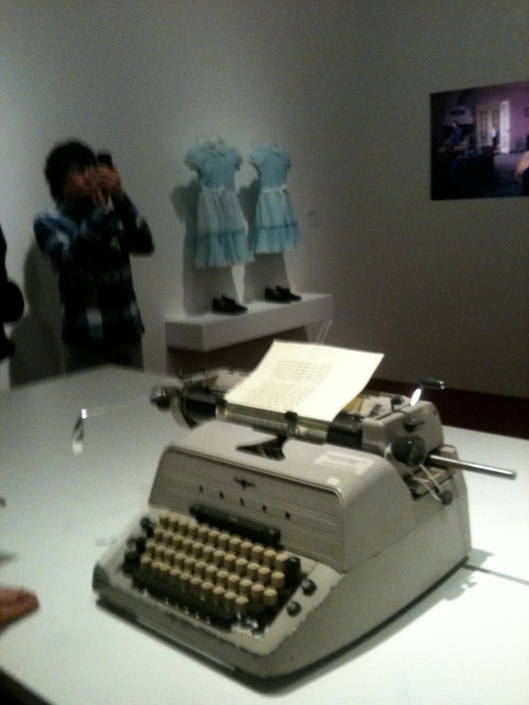 So here’s Jack’s typewriter and creepy twins’ dresses from “The Shining.”

Posters. I still crave that “Lolita” one. Where can I get those sunglasses?!!

It was such a well-rounded show. From his noir roots, to “Full Metal Jacket,” annotated scripts and set models, this is a show for all film fans, not just Kubrick devotees.