I first saw her work as a child.  She was behind the lens for my favorite National Geographic photo.  I think it stuck with me because it wasn’t some peasant woman squatting in a rice paddy, the common rural Asian woman shot.  This was a young woman, probably not that much older than I at the time, training horses for the Mongolian militia.  She is serene, focused, and in total control of this animal easily over 800 lbs.  The lush field with wildflowers was vaguely reminiscent of Alaska in the summer, so I could see myself as her, if I were born in Mongolia.

I still remember this photo, from 30 (!) years ago. From Guardian UK, Magnum Photos.

She’s one the first women the Magnum Photography Agency signed.  She’s known for her naturalistic photos of celebs on-set.  Marilyn was a fave, and subject of two books.  She also did reportage in far flung places such as South Africa and China. 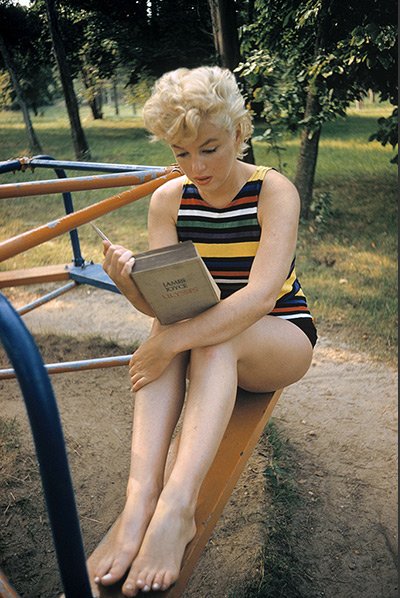 She really captures Marlene in the photo below.  The graphic quality of black and white.  The blonde hair, the leg, the black dress.  One of those people who you needn’t see their face and still know it’s them. 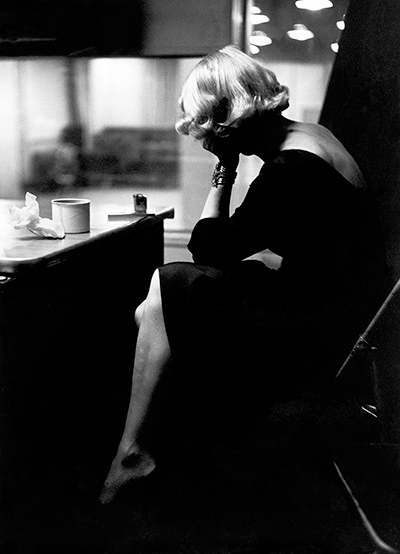